Do you TRUST the safety of the USDA Food Pyramids? 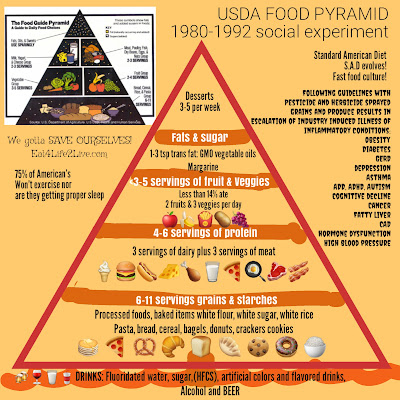 All that man needs for health and healing has been provided by God in nature,
the challenge of science is to find it.
Paracelsus

ACUTE chemical manipulation and industry induced illness began as a social experiment on the trusting public most obvious since 1980;s.  What Americans actually have done for the last 30 years with the recommended USDA 1980-1992 FOOD PYRAMID guidelines looks like this graphic above. It is the gateway to internal inflammatory conditions!  It is the glorified standard American diet! Obesity, diabetes, cancer and heart disease stats skyrocketed in just a decade after following the very unhealthy government food pyramid officially released in 1992.  NOPE!  We cannot blame these escalating adversities on the bad family genes!  Nearly all mainstream med doctors, nurses and registered dietitians are trained to obediently promote and continue to do so, naively convinced the USDA FOOD PYRAMID is actually healthy!

Since the early 1900's the government has been conducting social experiments on the public with various medical and diet suggestions!   It wasn't until the last 30 + years or so that we have witnessed such a convoluted mess of "advice" perpetuated by and rammed through from special interest BIG FOOD and BIG PHARMA!  Who bows down to worship and carry out the latest in government idea's about health, diet and prevention strategies?  Modern medicine or what I now refer to as political medicine!  To be fair the health care industry is NOT the only entity that has gone political to secure profits.  Since the 1980's we find the USDA FOOD PYRAMID is nothing more than political BIG FOOD organizations dictating suggestions, through lobbying and making huge campaign donations to the politicians they expect to protect their industry business profits while throwing the health of the nation under the bus! The biggest persuaders?  Commercial beef, poultry, pork and dairy, GMO corn, sugar, HFCS, soy and wheat farmers are subsidized by government and all these foods are fed to school children from the surplus.  Plumped up our children with obesity within the first decade!  BIOTECH corporations responsible for creating bombs and chemicals to kill things are now able to dump their toxic excess chemicals into our food system, water ways and  medications.  What we have witnessed in return are synonymous exploding stats in obesity, diabetes, cancer, GERD, heart disease, asthma, fatty liver, CAD, depression, hormone disruption, cognitive decline in children and adults thus the Alzheimer's epidemic super rare only a few decades back.  Guess who just happens to own the patent medical treatments for each of these now common medical issues?  Guess...

Lets take a look at what I am sharing today in hindsight.  Up until perhaps 1981 or so there were actually legit leaders in nutritional science who crafted a suitable unbiased recommendation for eating a well balanced diet rich with antioxidants, vitamins, minerals and fiber needed to sustain health for many years.    Luise Light who had helped create the unrevised 1980 recommendations wrote a book about the industry collusion and intimidation.  Fatally Flawed Food Guide by Luise Light, Ed.D , she was a leader of a group of top-level nutritionists with the USDA who developed the eating guide that became known as the Food Guide Pyramid only it wasn't what the nutritionists decided.  In 1992 they published the 1980 deconstructed pyramid to encourage milk drinking, processed junk food, trans fat, hydrogenated GMO vegetable oils and margarine and and a reckless amount of starchy-grains daily.  Her warning was that it would cause an epidemic of obesity and diabetes and that is not all it caused.  She was right!

There was the USDA botanist Dr James A. Duke who traveled the world exploring plants with medicinal benefits including those that caused cell death to cancer cells.  His data base on all medicinal plants studied over his 30 year career until they shut down his program is HERE.  BIG PHARMA and political medicine would never thrive if people got them selves well or stayed healthy without chemical dependency, thus many research programs were de-funded.  Political medicine is quick to accept their marching orders from the industry executives strategically on the decision making board with an extreme vested interest in the sale of various food, medicine or vaccine patents at CDC, HHS, and USDA organizations.  It seems mainstream medicine is their puppet on a string. They get a steady stream of new sick people to get paid handsomely to manage reimbursed by government programs while also charging horrendous premiums to the patient.  Indoctrinated with the BIG PHARMA promoting curriculum in school and coming out practicing medicine with zero training in clinical nutrition, a silent storm of death and preventable chronic and autoimmune disease is unleashed upon the unknowing public. Industry induced illness is the biggest threat we have today facing human health.  There are industry shills in place everywhere to quickly shut down the conversation, if its possible, via censorship, propaganda and fake news.

Ms Lights food pyramid, she claims was replaced with recommendations that were to protect the bottom line of various fast food industry restaurants, cattle, dairy or grain farmers.  Whoever gives the most money WINS legislation that favors their industry! Nothing has changed today except it has gotten worse with politics  and power behind every health mandate or clinical standards of care since.  Iatrogenic Disease is killing 100's of thousands every year, and has even been declared the 3rd leading cause of death in the USA!  The politically driven media only reports on what their sponsors want them to report. Pay attention to the commercials for the shows you watch.  Americans following institutional advice may be like sheep blindly walking themselves to the slaughter house taking advice from those with almost no training in healthy eating.  In fact the people walk out of the office with the very diet for their new diagnosed illness that may cause them to need to be on medicine the rest of their life.   Nobody cares about the conflict of interest decisions affecting yours and my health because they are being paid in some cases millions of dollars to zip their lips!  Pouring hazmat chemicals such as fluoride, arsenic, and other heavy metals in the tap water affecting certain communities worse than others is the norm in the USA and nobody is calling them out on it.  (Read: Fluoridation: The Battle of Darkness and Light. ) WHY? because when we become ill with an industry induced illness, most physicians don't have any root cause training to figure out how it happens.  Its very convenient to dismiss that talk. They never look at the why and how you got sick.  They just want you to take your new medicine.  You got bad genes or your condition is idiopathic is the standard response when asked why or how. That's all they know to offer besides surgery or radiation.  That's it.  But this I know for sure, I love acute care medicine in an emergency.  Hands down they can save a life in the ER with all the cutting edge skill and technology at their disposal!  WOOT WOOT for that!

Cheer up there is HOPE!  Choose a health savvy functional or integrative medicine physician for root cause resolutions and solutions to your health dilemma!  We gotta SAVE OURSELVES!  Choosing the highest quality real food choices with a one word ingredient most often will not leave room for craving or consuming bad choices!  Choosing organic most often and eating these foods FIRST in the day will be the biggest game changer for health recovery.  Reversing unwanted symptoms and boosting your energy levels will never be accomplished if we don't start giving our body what it needs to heal itself!   There will never be the magic bullet for the almighty cure for anything in my opinion.  There is always going to be a combination of food and lifestyle choices that will bring the change we seek!  Nobody can do for us what we must do for ourselves.  We were not born with a chemical deficiency.  We have become chemically manipulated from a body burden of environmental toxicity! 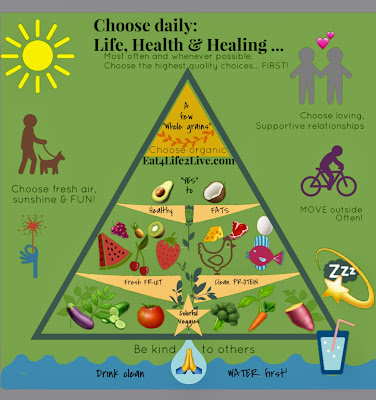 You will love the encouragement and support you will receive and health recovery action steps to be able to make sustainable changes that heal, after reading my new book called
THE HEALTH RECOVERY ZONE!   AVAILABLE NOW!!  I am so excited for you to be able to encourage your faith while also renewing your mind about how wellness works or NOT!  There is HOPE! 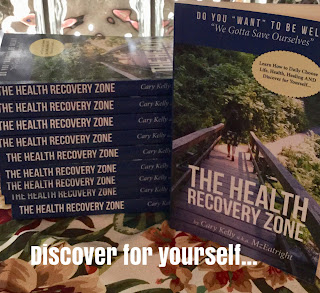 THE HEALTH RECOVERY ZONE is on AMAZON!

Health Coaching is the NEW Path to WELLNESS!

mzeatright
This site is meant to be a resource to provide online support for those wishing to SAVE THEIR LIVES with healthy lifestyle changes. I love my husband, kids and friends and family. Whatever I involve myself in besides having fun or music projects is to share my experience, strength and hope to encourage someone else to find hope for their journey or with their burdens in life. Say this, "I WANNA LIVE!" ...KEEP COMING BACK!

Many factors will contribute to our wellness! 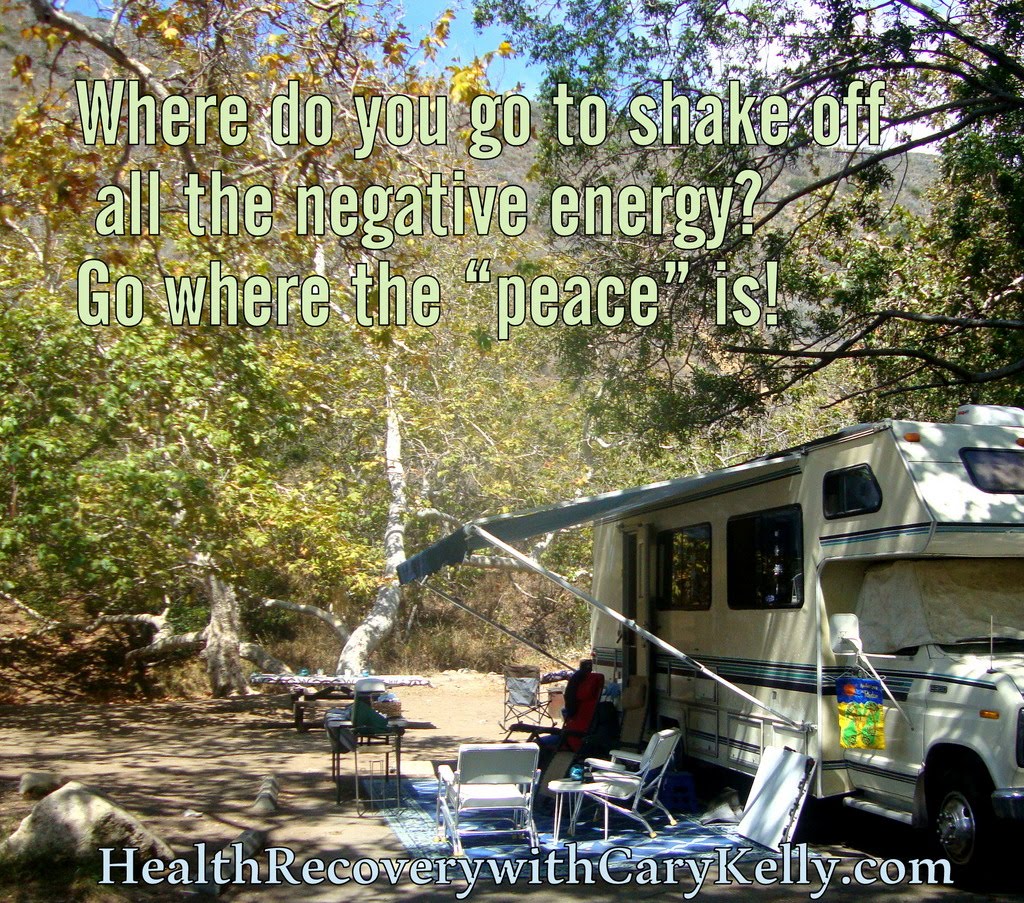 How do you manage the toxic stress in your life?